No matter where you live in the world, it seems politics is bringing out the worst in us. Watching the news can leave one disillusioned and depressed at the state of things. Political polarization pits neighbor against neighbor. Simply having a civil conversation doesn’t even seem possible anymore. According to the Pew Research Center, politics has divided us more than at any other point in the last two decades. These trends manifest themselves in a myriad of negative ways, both in politics and in everyday life.

Is there hope? If so, where can we find it?

Pope Francis and Andrea Bocelli have both recently met with and found hope in young people traveling with the international organization Up with People. Pope Francis has urged young people to not lose hope and not be taken in “by the messages of hatred or terror all around us.” A lesson we can all learn something from.

UP WITH PEOPLE’S MISSION

Through music and action, we empower young people to be positive agents of change for a more hopeful, trusting and peaceful world.

In August 2017 Up with People was invited to perform with international superstar Andrea Bocelli at the Teatro Del Silenzio in Lajatico, Italy. Bocelli expressed the hope and inspiration he found in those young people in a recent letter to the organization.

“The young musicians of “Up with People” are pure energy; they are the tangible expression of the only revolution possible – the revolution that makes us all better. Music can speak to us in ways that other languages find hard to do; music can touch the most intimate and wholesome regions of our souls without them being affected by prejudice, and with no strings attached. Good music can open our hearts and minds; it can teach us fellowship and show us the way …

Pope Francis also greeted Up with People (Viva la Gente) during a Wednesday General Audience in Rome. The group had the opportunity to sing for Pope Francis, and he met personally with them afterward. 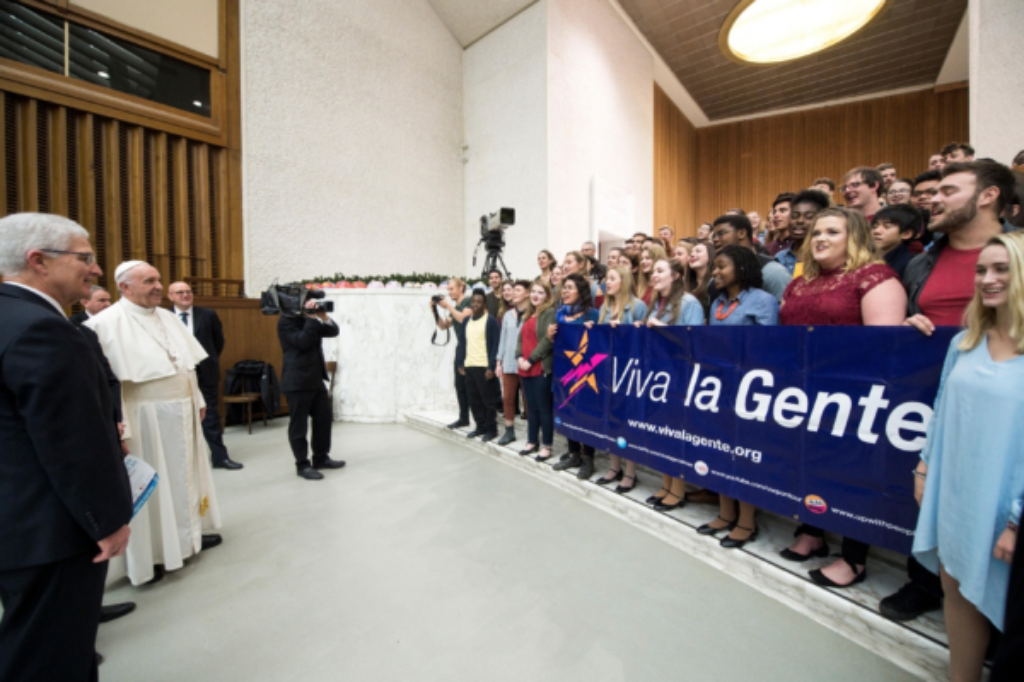 Earlier this year, via a Google Hangout, Pope Francis spoke about the need for a “human” globalization, as opposed to an “elitist” education, and told young people that a life that isn’t shared with others belongs “in the museum.”

“We all have something to give, and we all have to open ourselves to receive from the other, and in this way, we globalize in a human way.”

At the Feast of the Immaculate Conception at the Spanish Steps, just before Up with People performed, Pope Francis prayed that our world can “develop antibodies against the modern diseases of … indifference, incivility, contempt for the common good and fear of foreigners.” 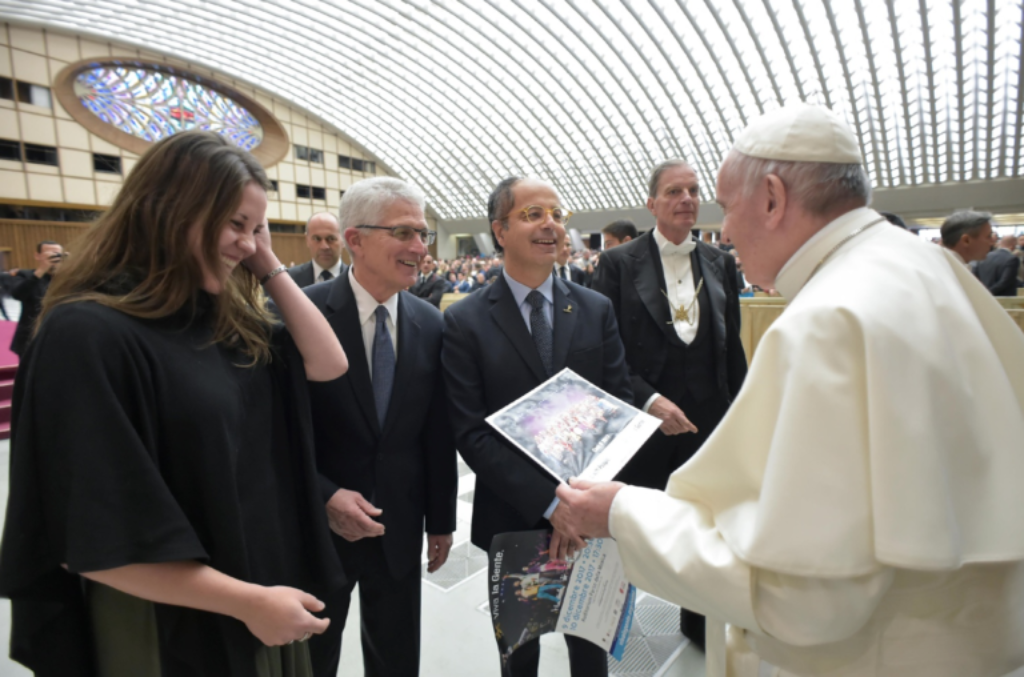 For over 50 years Up with People has been circling the globe with the goal of bringing people together. This is now more important than ever and perhaps best summed up in the lyrics of the popular Up with People song A Common Beat.

We all have a story
Our histories tell us where we’re from.
Old legacies and legends
Repeating beating like a distant drum .
Can’t these be foundations
Of a bridge between we and they?
The past is not our future
Only fear is in our way.