It’s that time of the year again. Costume season! Halloween, which is celebrated in many countries like Ireland, the United States and Canada, is only a few days away. This isn’t the only excuse to get dressed up though. In Mexico and other Latin American countries, Día de los Muertos—the Day of the Dead—which honors deceased loved ones and ancestors is also just around the corner too.

Costumes can also represent your home country no matter the time of year and we thought it would be fun to share our top 10 costumes from around the world, with a little help from Up with People participants who are currently on the road.

Up with People Participant National Costume – Ya from China

Up with People Participant National Costume – Samson from Madagascar

The image of a brightly decorated sugar skull has become the de facto icon of Día de los Muertos. The popular custom comes from Calavera Catrina which began as an image drawn by Jose Guadalupe Posada around 1910 as a political satire. The image of the fancy lady skeleton in a fancy hat poked fun at the upper class, letting them know that they, too, will die. Fast forward to today and La Catrina is the principal symbol of Mexico’s Day of the Dead.

Another top costume for 2018 according to Google’s Frightgeist is a superhero. The Up with People cast currently traveling just had their Halloween dress rehearsal and look who showed up…

This online video game released in 2017 has become quite the phenomenon. It’s no wonder that in the United States this is the #1 most popular Halloween costume choice for 2018.

A classic that just won’t go away, clown costumes also top the list of costume searches for 2018 in the United States.

In the spirit of travel a popular couples’ costume this year is the tourist. Dressing up as a tourist has so many creative ways of coming together!

Masks at The “Carnevale di Venezia” in Venice, Italy

Halloween isn’t the only time of year to dress up! The “Carnevale di Venezia” is famous for its elaborate masks and costumes. The festival’s origins are believed to go as far back as the 12th century.

The biggest festival in China – and in Chinatowns the world over – is the Lunar New Year. It’s celebrated from the last day of the last month to the 15th day of the first month of the Chinese calendar and dragon dances with elaborate costumes are common. 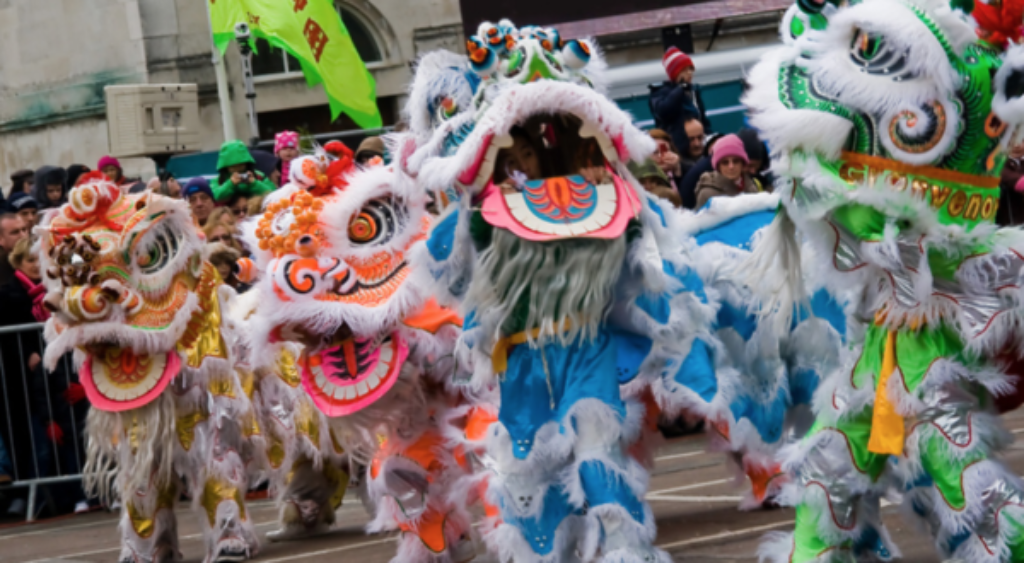 we wanna make you smile

Let Up with People bring

the party all around the world”

Party ‘Round The World © Up with People