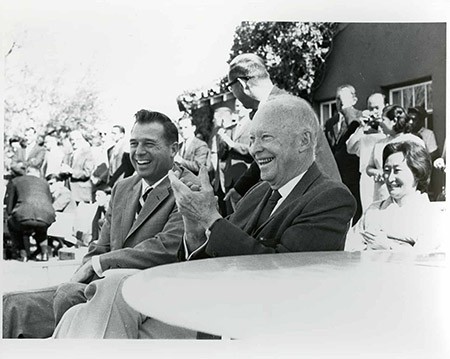 Sing Out casts meet President Dwight Eisenhower in Gettysburg, PA and President Harry S. Truman in Independence, MO in May, 1966.

Up with People has had a long history of performing for world leaders, bring people of all political parties together. Starting with a performance in 1965 at the Washington Hilton, arranged by a 95 person congressional committee from both political parties, to a performance for Chancellor Konrad Adenauer in West Germany in 1966. In 1986, Up with People performed at the 20th Annual United Nations Ambassadors’ Dinner.

Casts have also performed for:

Throughout the years Up with People has performed for many royalty including: