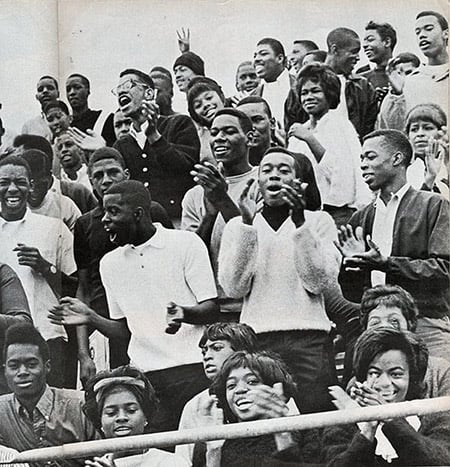 The first cast traveled to Jordan High School in Watts, CA after the Watts Riots, performing for students and using music to unite the crowd in a time of turmoil.

This began a long history of Up with People bringing people together in difficult times, including Boston and Atlanta during desegregation, Belfast, Northern Ireland in 1974 during The Troubles, the Soviet Union during the height of Glasnost in 1986, and an Up with People cast was present to celebrate the fall of the Berlin Wall in Goslar with West and East Germans in 1989.