The UWPIAA talked to Reunions Chair Steve Rokowski about what it takes to put on the annual alumni reunion. Check out the interview below! 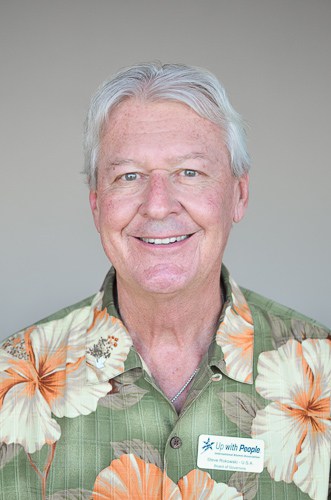 UWPIAA: Hi Steve… let’s start with some bottom-line up-front questions.  Many members have criticized having the reunions in Tucson over the years. What are the steps to bring reunion to a certain hotel or location? Why Tucson for so long?

Steve: Well yes, 16 of the last 17 reunions were in Tucson, Arizona between two different properties: the Westin La Paloma and the Marriot Starr Pass Resort. Why? Good question—for one, Up with People used to be headquartered and staging used to be there; there’s a long history with the city. For so many alumni, reunion was (and for some still is) a sort of homecoming to an area where they began their UWP experience. Also, for another totally different reason, Tucson in the summer has historically had quite low hotel rates. Now, however, the city’s summer business has been growing, so it is no longer as inexpensive as it used to be, so for both reasons it was a good time to re-evaluate staying in Tucson.

UWPIAA:  Great, let’s get back to locations in a minute, but the most recent criticisms have been cost-related. We know from attendee surveys that people, in general, think the cost is reasonable; however, many don’t come and use cost, as well as location, as the most common reasons.  Why does it cost what it does, and can you give us some insight into those costs?

Steve:  Excellent question, of course. So, you have to look at our hard costs and there is a lot of misunderstanding out there.  First misunderstanding is: that “conference space is free.”  That is not actually true…while the conference space isn’t assigned a specific ‘charge’ in the contract, there is a minimum food and beverage charge as well as a minimum number of room nights that must be agreed to in order to receive this “free” space.  The food and beverage becomes the biggest cost so we can get the meeting space we need and desire. Many think the per meal cost is high, but remember, that cost is carrying the space overhead in it, not just the food. That total food and beverage cost is in excess of $100,000 just by itself and scales up based on the number of people attending. In fact, if we don’t hit $100,000 as a minimum for food and beverage, we have to pay the difference straight out.

Then there is the minimum number of hotel nights. While we have been good at hitting our contractual room night minimums recently, if we miss, there is a penalty for doing so as well.  As such, you have to ensure your costs are covered.  So, you can see there is a large financial commitment for a small nonprofit group like the IAA… who, without the reunion, operates only on a $60-80,000 annual budget.

Then, the next biggest cost is production.  To have the era shows and Up with People perform requires staging and equipment, as well as personnel. I don’t think people know the lighting, sound and video support equipment is all rented from an outside company.  Neither Up with People nor the IAA have the necessary equipment to support the reunion. Up with People’s equipment is needed in Denver for staging, so that leaves the rental cost for everything on the IAA’s shoulders.  So a large portion of our budget goes to the equipment necessary to put on the large general sessions and the era shows as well as all rehearsal equipment support…which ends up being between $50-60,000. By the way, that is really a great price as we get a break from a company that has alumni associated with it.  If we had to rent that equipment through the hotel or locally, then that cost would increase dramatically.

Everything we do and think about is how to keep the cost in check.  In fact, we have been able to hold the line on the top reunion cost of $395 for the last decade.  The only thing we have had to do to keep up with increasing costs is reduce the early bird discounts by a little over the years.

So, I want to salute my predecessors for keeping costs in check because it is difficult due to the economic growth increasing prices, especially in the tourist industry. We work very hard to control cost and keep it as reasonable as possible given all we provide.

UWPIAA: So, I’d like to get back to location.  People have requested moving from Tucson…

Steve: That’s correct, and as soon as our contracts with Tucson hotels were due to be up (summer 2019), we wanted to take a serious look at other city locations where reunion could be held. That’s why we did a search of 60 hotels in a more than three dozen cities across the U.S. and Canada. In November 2018, we put out what’s called a “request for proposal” (RFP)—this document basically says we are inviting properties to make us an offer on why that location should host reunion, and spend money, at their hotel.

Steve: The RFP had a lot of criteria, including number of guest rooms, function space size, food pricing … in addition, for example, we wanted to make sure that when our alumni arrive at a hotel, we can be the “main event” by occupying a majority of the sleeping rooms, as well as most of the function space, which not only require a large area for the opening and other general sessions, (usually the main ballroom) but also breakout space for cast meetings, rehearsals and other events. Another of the main ingredient is airport and airline access. Is the city an airport hub? This constitutes cheaper and more numerous airline flights into the reunion city. This was a major interest of our alumni, especially those that come from outside the U.S. The better access and airline rates helps those who are tight with their personal budget.

UWPIAA: What were the results?

Steve: Ultimately, we pared it down to five properties in three U.S. cities (Tucson, Phoenix, and Dallas).  Phil Worcester, then the IAA president, and I conducted site visits and after reviewing all aspects of each of the five hotels, we brought those results to the board of governors. The board voted on the Talking Stick Resort in Scottsdale,  Arizona, as the location for 2020, 2021 and 2022, with the option to extend our contract for 2023 & 2024.

UWPIAA:  So, this was all being done as you prepared for Reunion 2019…

Steve: Exactly. The work of reunion chair never really stops—it’s a 12-month a year, nonstop position. It helps immensely for the person in the reunion chair role to have resort or hotel experience, or possibly has experience managing conferences, just to have a familiarity of the industry. You’re working with the location staff, the host committee, the IAA Board of Governors, the Up with People office and even the professional production company we bring in to run all the technical needs.  ((Editor’s note: The reunions chair is a volunteer position, as are all positions on the Board of Governors.))

UWPIAA: And we launched a new registration site this year.

Steve: Correct.  The new site had to be manned and managed daily, answering questions as they came up and fixing any hiccups or technological glitches—we only had a few this year, I was actually surprised, as we were working with an entirely new platform.

UWPIAA: Back to the hotel: what sort of work is then done with the hotel?

Steve: All the contracted elements…as registrations come in, we would need to scale up or down the number of sleeping rooms we were expecting to use (our room block). We had to go through banquet and food menus, then also lock in breakout rooms and function space for events every day of the reunion—even the IAA Board of Governors and the Up with People Board of Directors will hold their board meeting during the reunion timeframe. In addition, we are talking outside speakers/seminars, cast meeting spaces, Cast T and K’s daily schedule and activities, rehearsal rooms for era shows, silent auction and the Celebration of Life room, and then the actual banquet functions and general sessions.

UWPIAA: There are so many moving parts and costs that need to be managed!

Steve: Yes…and the financial cost is just part of it. It’s nearly a full-time job to chair reunion. Of course, I’m not completely on my own: I have support from the IAA and volunteer folks like the host committee—but then again, they need to be managed and scheduled throughout.  Besides the direct site scheduling, the chair is responsible to find sponsors, produce signage and credentials for all attendees and ultimately manage the full reunion budget, which varies but is usually been $250,000 and $300,000. We have to be able to bring in revenue to meet our expenses.

UWPIAA: How do we see pricing moving forward at the new Phoenix location?

Steve: As I mentioned earlier, we have not raised top registration price in years (besides the 50th, but that reunion included an extra day) and we do not expect to do so next year. We have raised slightly the advance purchase price to cover cost increases over the last few years and we are still evaluating what type of discount for early bird registrations we can make next year. But with the new location, most will see savings for their airline travel costs in getting to Phoenix.

UWPIAA: Lastly—how many hours do you think you’ve spent working on reunion?

Steve: [Laughs] Well from about a year out, I’d say I’d have 10-12 hours a week dedicated to various reunion planning. As we get closer, it would get more demanding. By six and four weeks out from reunion, I’d say it was comparable to a full-time job of 30-40 hours each week to finalize everything…multiply this by the number of host committee and IAA volunteers and you’ll see that many, many hours go into coordinating each year’s reunion. But when you see the excitement, energy and rejuvenation of our alumni getting together again after many years, it is all well worth it. If you haven’t been to a reunion you don’t know what you are missing! 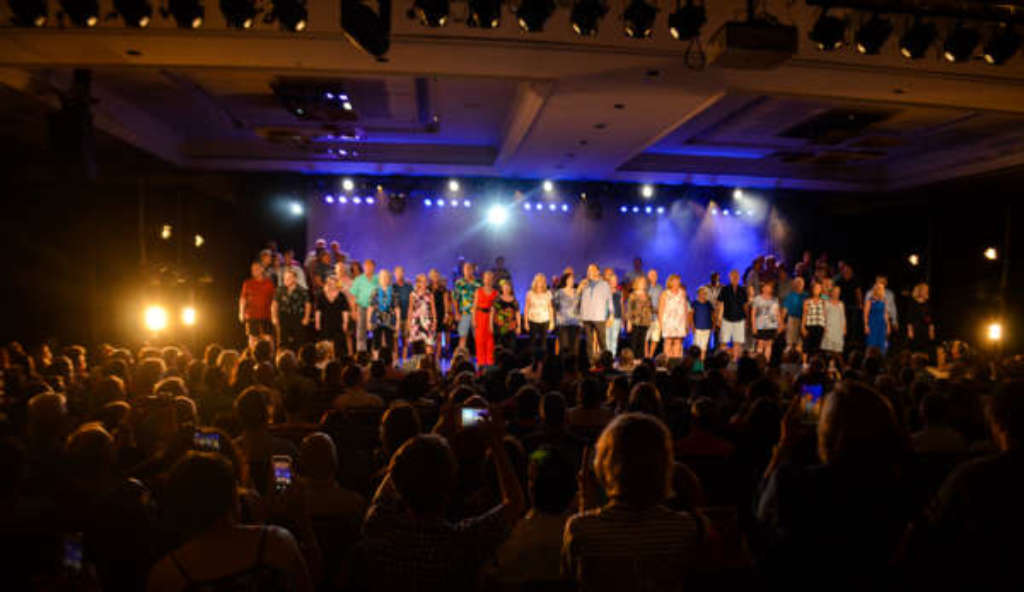