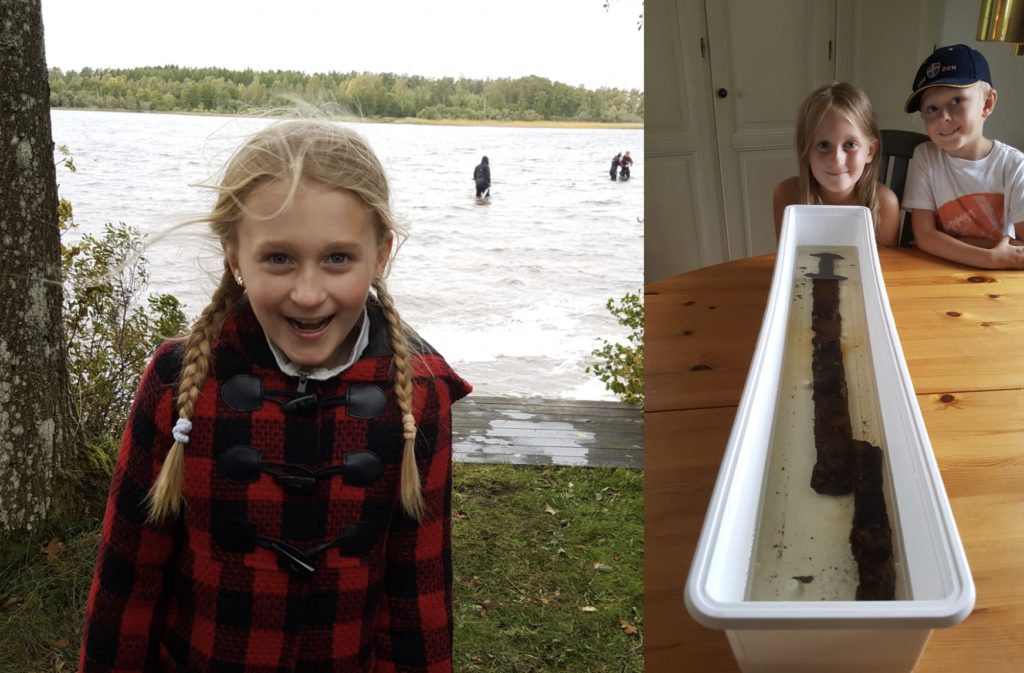 Type “Saga” and  “Sword” into google and it will return you about 43 million results in less than one second.

Saga Vanecek is the 9-year-old girl who pulled a 1,500 year old, pre-Viking sword out of a lake in Sweden last summer and captured international media attention for weeks.  She is also the daughter of two Up with People alums, Madeleine and Andy Vanecek of Cast E 98.

Madde and Andy recently emigrated from Minnesota (Andy’s home state) to Sweden (Madde’s homeland).  Here are some of their reflections on this fairytale-esque year. (Comments have been edited for brevity.)

What was the most exciting part of this discovery for Saga and for you?

I think actually finding the sword itself and the few days after was the most exciting part for her.  She thought she might get written up in our local paper.  When the archaeologist visited a few days later and was so passionate and enthusiastic, we started to understand that her discovery was going to be exciting to people outside our small town.

When she was finally able to announce the discovery to her class a couple of months later, she said the most exciting part was the ice cream party and balloons that her classmates had prepared.  One of the highlights for us was watching Saga interact with the archaeologist who came to initially inspect the sword.  She talked at length with Saga about her excitement and initial thoughts.  It’s not everyday your kids get first hand exposure to such a field. 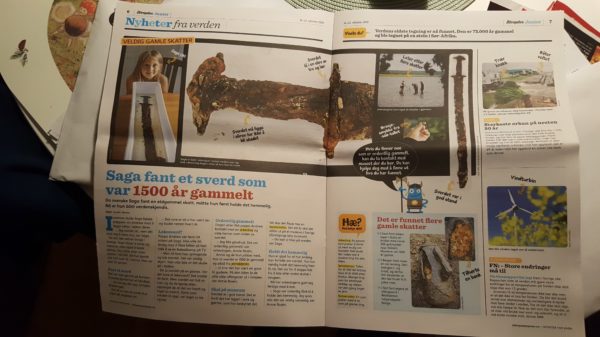 You met traveling in Up with People.  How has that influenced the culture of your family?

Even though UWP isn’t something we talk about with the kids a lot, we do emphasize curiosity and appreciation of other cultures.  When we moved away from Minneapolis/St. Paul last year (which has a population of approx. 2 million people) to Varnamo (population just under 20,000) we explained that she might not see the same diversity in Sweden that she was used to in the US, like friends with 2 moms or neighbors in hijab.  We wanted her to hold on to that spirit of inclusivity and those experiences from the States.

When her story went viral, we got messages from friends all around the world.  Friends sent us news articles from China, Japan, Finland and Brazil.  Saga didn’t understand why these “strangers” were interested in her.  We told her that our friends were excited for her and didn’t have to know her personally to be happy for us.  It also reminded us that our global connections are closer than you think.

UWP recently came to Sweden and we took the kids to see the show in Jönköping.  It was the first time we could say to the kids (Saga, 9, Vilgot, 6) “Look – this is what we did and this is how we met.”

What do you think Saga’s lasting impressions will be of this discovery?  What about your own?

We think Saga has a concrete appreciation for the value of spending time exploring in nature and learning history.  Since she found the sword she can be an example to other kids to investigate their parks, their neighborhoods and even their backyards.

As for Andy, he loves the idea that this will be a permanent highlight of her childhood, and that the sword will be in a museum someday, likely with Saga’s name next to it.  Madde is curious to see what kind of imprint this discovery will make on Saga’s future career choices.

Andy and Madde mentioned they have been contacted by several authors and even Hollywood.  If anything comes of it, you can be sure the alumni community will embrace her story.  Meanwhile, Saga herself thinks back on her summer adventure fondly but is more focused on doing her math homework, playing with slime, and of course, exploring the lake!

Madde and Andy are hoping to have a replica of the sword made for Saga as a souvenir of her summer adventure.If you’d like to help, you can contribute here. You can also check out The Guardian article here. 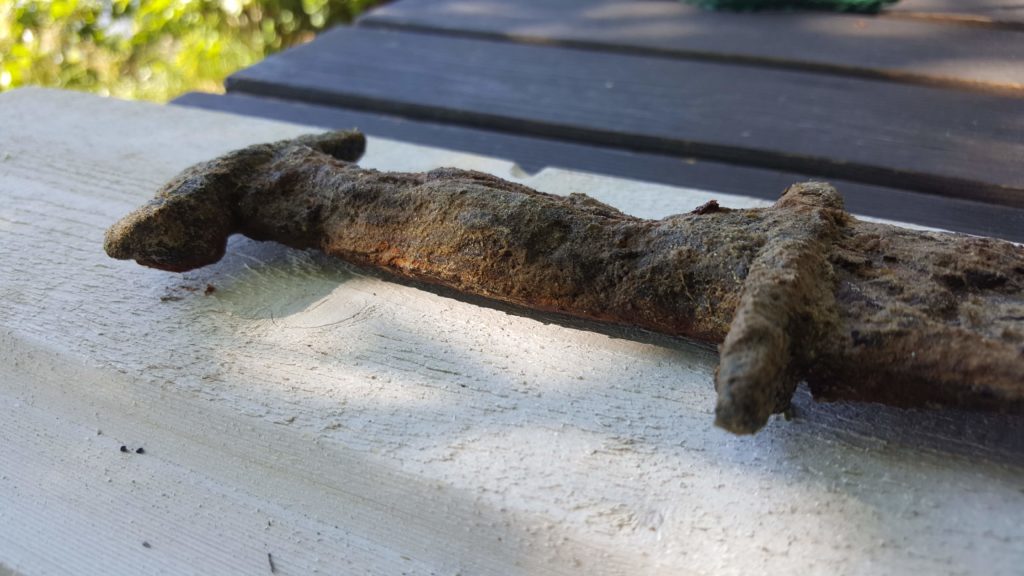