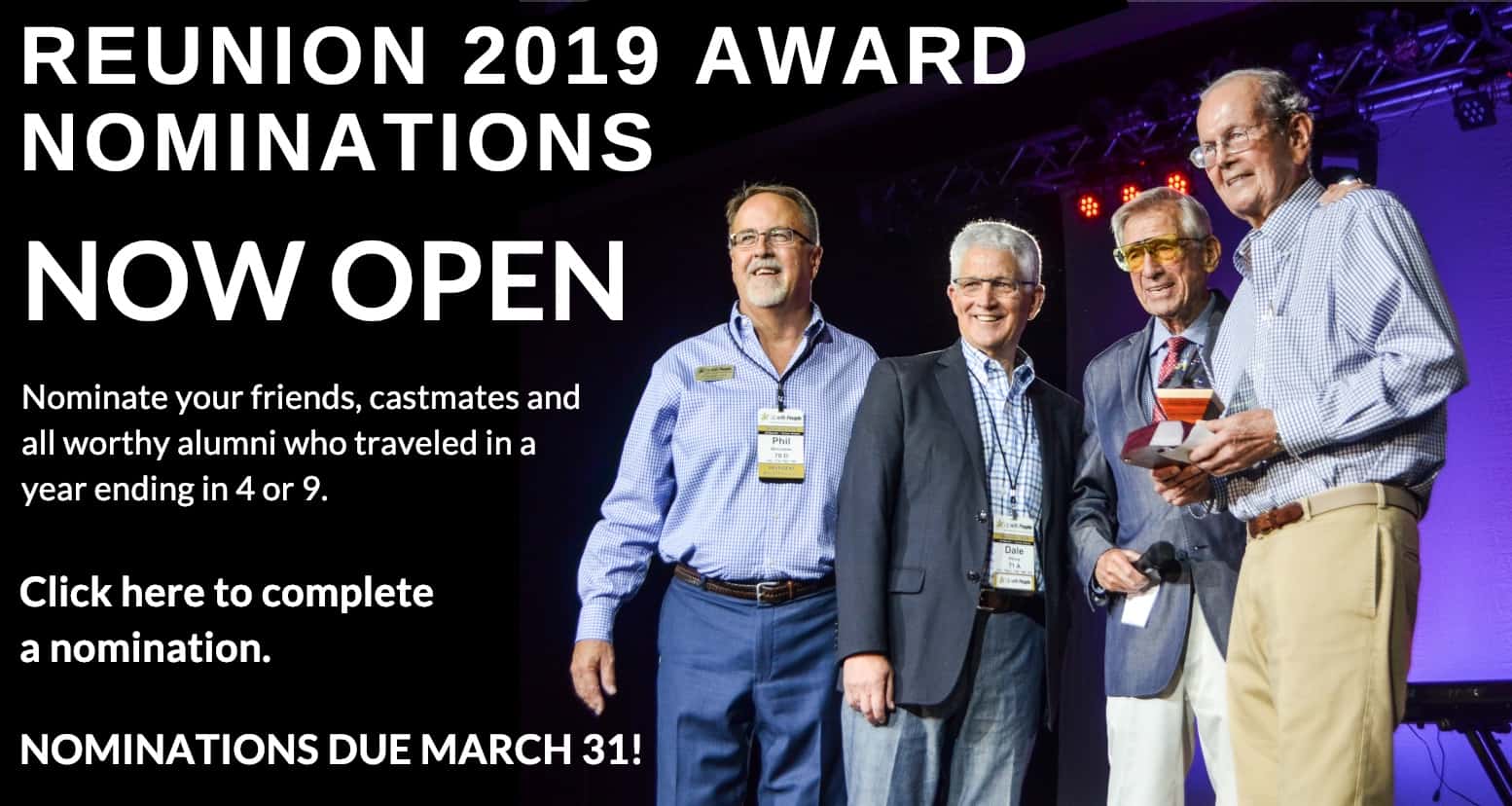 Award Nominations for the 2019 Reunion are now open.  To submit a nomination, please click here. All the information you need to nominate individuals for awards to be presented at this summer’s Reunion is at the link. Nominations will be accepted through 11:59 p.m. Eastern Time (US) on March 31.

If there are multiple people who want to make a nomination for one person for one of these award, please have one person coordinate the submission of that nomination by collecting supporting letters, photos, etc. and submitting all that information at once along with one nomination.

Award nominations should be made online at https://upwithpeople.net/alumni/awards-scholarships/annual-awards/ and must be submitted by 11:59 p.m. Eastern Time (U.S.) on March 31.

If you have any questions about the award nomination process, please contact the UWPIAA Awards Chair by using the contact form and selecting “Alumni Awards” as your contact.